Christian Retirement in the Bible

"The LORD said to Moses, This applies to the Levites: Men twenty-five years old or more shall come to take part in the work at the Tent of Meeting, but at the age of fifty, they must retire from their regular service and work no longer. They may assist their brothers in performing their duties at the Tent of Meeting, but they themselves must not do the work. This, then, is how you are to assign the responsibilities of the Levites." Numbers 8:23-26 (New International Version)
Mandatory Retirement

Retirement is specifically mentioned only once in the Bible.  It applied only to a certain group of people...the Levites.  Levites were charged with serving God by doing much of the work in and around the Tabernacle, or Tent of Meeting, and later, the Temple.  They were allowed to begin their work at age 25 and work until the mandatory retirement age.  The Bible passage outlining their service and eventual retirement is found in Numbers 8:23-26.  God required the Levites to retire at age 50.  Why did God require that they retire at such an early age?  While no one but God himself knows for sure, we may speculate that among the reasons for their retirement were these:

When Retirement is Not an Option

When Joshua was between 85-100 years old and well advanced in years, the Lord said to him,  "You are very old, and there are still very large areas of land to be taken over" Joshua 13:1.  God still had work for him to accomplish.  Unfortunately, the American culture often glorifies youthful strength at the expense of overlooking those who are older.  Older people have much to offer, including wisdom, experience, knowledge, commitment, leadership, and many other things of value.  Do you remember the advice Paul once offered to his young protégé Timothy?  "Don't let anyone look down on you because you are young, but set an example for the believers in speech, in life, in love, in faith and in purity" 1 Timothy 4:12.

Many older people need to consider how Paul may have offered this same advice to Timothy had he been around to have written it during Timothy's retirement years.  "Don't let anyone look down on you because you are OLD, but set an example for the believers in speech, in life, in love, in faith and in purity."

What about Christian Retirement?

A Christian may retire from their job or career any time they choose to do so...However, a Christian never retires from Serving God!

The Bible NEVER encourages Christians to retire from serving God.  Those who are past retirement age should never assume that age disqualifies or excuses them from serving God.  Joshua 24:29 tells us that Joshua ultimately died when he was age 110.  That same chapter records the most famous words he ever spoke.  "But as for me and my household, we will serve the Lord" Joshua 24:15.  We must assume that since this was right before his death, he was 110 when he spoke these words and that he was still planning to serve the Lord until he drew his very last breath.

Your Best Years of Christian Service may lie just Ahead!

Allow God to use your God-given wisdom, knowledge, abilities, leadership, commitment, time and availability to serve him.  Serve in your local church.  Become a true prayer warrior.  Mentor younger men and women.  Apply your biblical knowledge by teaching in your local congregation.  Volunteer for local, state, regional, domestic, or foreign missions.

Never yield to the temptation to retire from serving God.  You are needed and wanted in his service.  Your best years of Christian Service may lie just ahead! 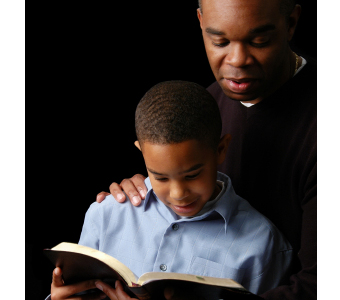 Retirement from Your Job or Vocation as it applies Today

From a biblical perspective, retirement from your job or vocation is optional.  You may choose to retire at any age you wish, or you may continue to work for as long as you want or as long as is necessary.

Explore ALL your Options

TOP TEN REASONS NOT TO RETIRE